Presenting Robert Brooks with 1st Place were the ATM’s who put this event in place.  Lynda Goggin and Helen Noeltner. Good job!
August 14-16, 2017 – John McDonough Tournament for men and ladies hosted by SDSE.
It’s hard not to be impressed  by the 40-foot long art deco murals embracing the courts on either side. Someone or several artists put in a huge amount of time and talent to create these pieces!
Good shuffleboard numbers, 64 entries made scheduling and pairing less difficult.
Several volunteers solicited businesses for gift certificates: Helen Noeltner, Betty Elias and Al Elias. We’re grateful to these contributors: Stater Brothers, Arturo’s Pizza, Marcos Pizza and Dickey’s Barbeque. Gifts were presented to the head referee and ATM’s.
Again, The Bank of Hemet bolstered the funding for this event – Many thanks to them.
Nine clubs were represented at this tournament.
Head ref was George Hayner as Dennis Iszler took charge of supervising the scoring.
Board crew was Scottie Lundie and Al Elias
An overwhelming number of  winners came from SDSE. A familiar figure etched his resume into the
championship title, Robert Brooks.
The final results were  – 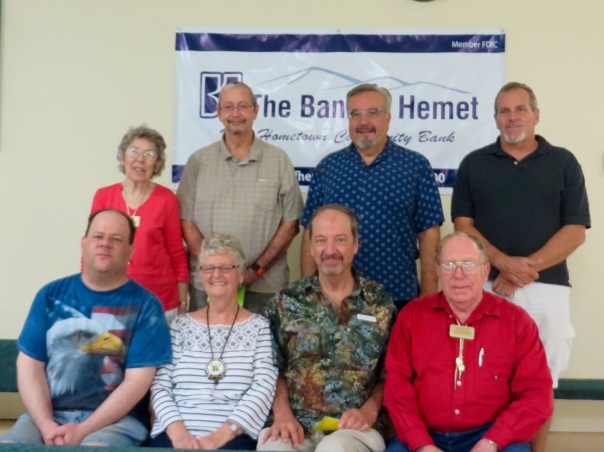