A busy week at GVP! From Dec. 27th through Dec 30th, 2016, Golden Village Palms Resort, an iconic landmark, hosted the Hall of Fame games.
in addition, the CSA meeting was held right after the Tuesday shuffleboard games. Three new Hall of Fame members emerged at that time: Jay Davidson and George Hayes represented District 7, as Marlyn Bundus from District 5, was likewise inducted. Congratulations to these three worthy representatives.
The H of F tournament had 72 registered players. ATM and tournament manager was Helen Bell, who kept the program running smoothly. Board crew was made up of George Hayes, Bruce Kiefert and Ray Ackenhausen. (I saw no problem with the boards!)
Funding was provided by way of entry fees and The Bank of Hemet. This money was used to pay the cash awards to winners and for door prize payouts. Aaron Young replaced Myrna Torres from The Bank of Hemet and took the time to hand out pins and cash
award money to the winners. We thank him and The Bank of Hemet for their generous contributions.
All games were 12 frames. Head referee was George Hayner assisted by Dennis Izsler.
Scorekeeping was supervised by Nelda Lichtwald as Karla Winget remained hospitalized and unable to be on hand. We wish her a speedy recovery.
We welcomed 7 players from Palm Springs District 5.
Maintaining a steady performance, John Haye from the El Grande Club prevailed as the Championship leader. ( This was his first Hall of Fame win). 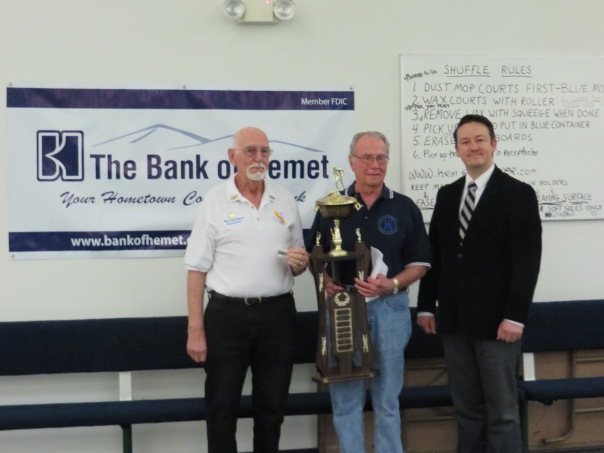 He was followed by No.2, Sharyn DiChiro, Sierra Dawn South East

The Consolation round winners were:
First place, George Baslak, Foothills of Hemet 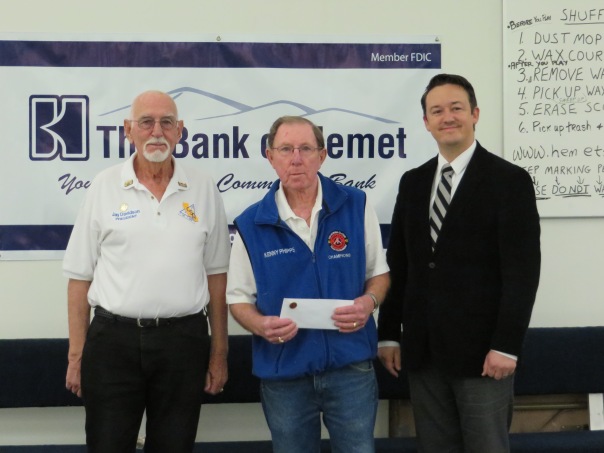 Each winner received a cash award and a handsome pin. Congratulations to all who participated in this event.