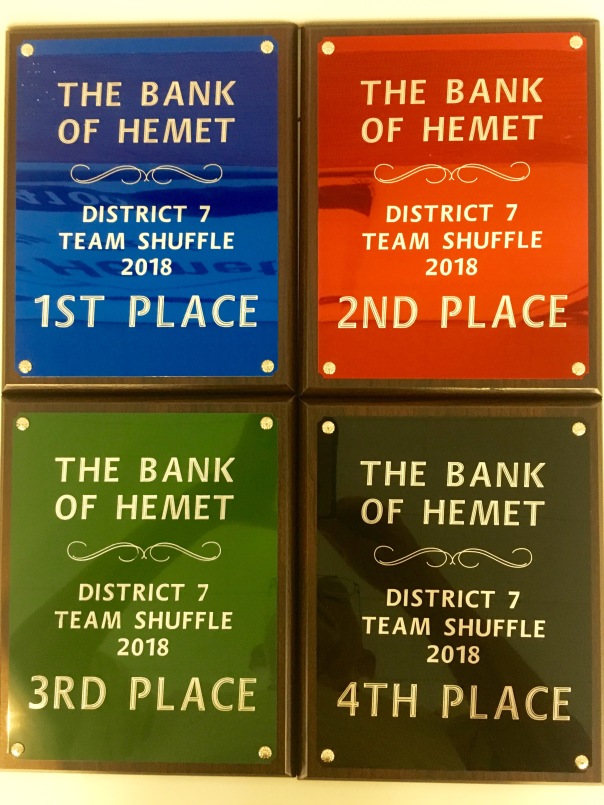 The first to fourth place finishes were by these teams:
First place: Kristi Brinegar and Sharyn Metzner, playing out of Villa del Monte.

Fourth place: Helen Bell, directing a team made up of SDSE players.

As is now a tradition, Aaron Young, officer of The Bank of Hemet, stopped by to hand out the awards to the winners.
Again, Harlan Mathews down-loaded wonderful photos of the four top teams.
A number of participants stepped forward to receive their awards from the door prize drawings.