Thirty-six rookie shufflers competed in the CSA District 5’s annual Rookie Tournament at Ramon Park in Palm Springs on February 20 & 21. This is the most Rookie shufflers in the tournament since 2016. It’s encouraging to see that many new shufflers. District 5’s definition of a rookie is a player who has not been involved in extended shuffling, either in organized or recreational play, prior to January 1st of the preceding year of the Rookie Tournament.
As was the case with the Singles Tournament held at Ramon Park, on the second morning of the Rookie Tournament the Board crew woke up to flooding on their courts. This board crew does a miraculous job in having their courts in shuffling condition within a few hours of a rainstorm that passes through the area. The song lyrics, “It never rains in Southern California” proved itself incorrect again!
Championship Winners:
1. Gary Foster, Royal Palms
2. Jerry Riggins, Indian Wells
3. Millisa Woods, Ramon 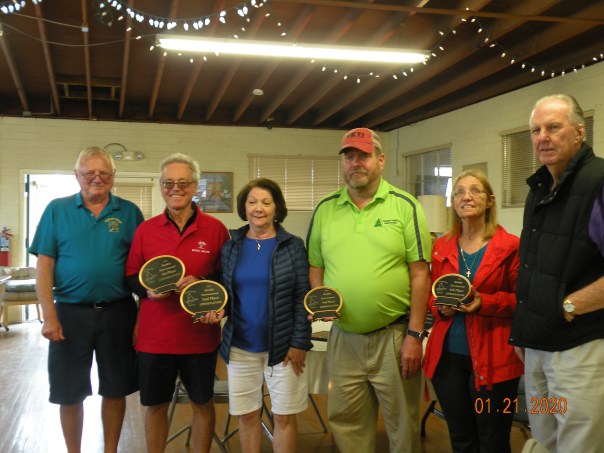