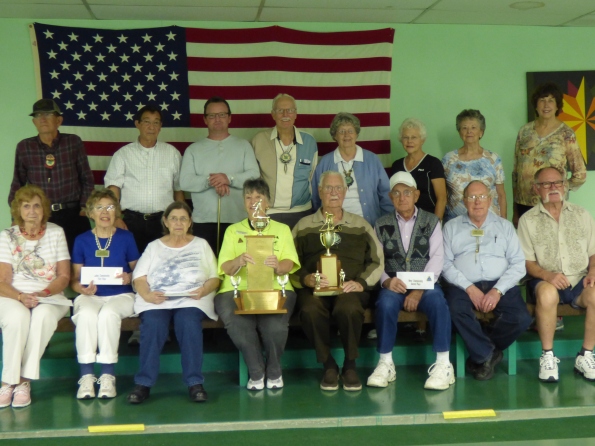 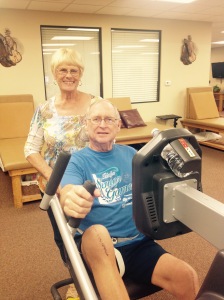 When we stopped to see Rob while we were in Mesa, he wasn’t in his room. We found him in the therapy room working his new knees. He already has 120 degrees with the first one and 119 with the second. And as you can see, he has remarkably little swelling. All this adds up to his being sent home earlier than expected. He said he is anxious to get back to work on his many shuffleboard jobs. Can’t keep a good man down!

Mesa, AZ. Luckily Marolyn and I (far left) were able to dodge all the severe weather in Texarkana for four days and have a great visit with her best friend Glenda in nearby Winthrop, Ark.
First day on the way home took us to Amarillo Texas. Nice ride through several small towns. Second day was different. Since we would gain 2 hours, we decided to go all the way to Mesa. 11 hours and 15 or so rainstorms later, we checked in to our favorite motel and collapsed for the night.
Had a nice breakfast with our favorite people, Dale and Sheila Monday (center) and their grandson at the “Wild Berry”, and caught them up with what they missed in Texas. Sheila’s back is a little better.
Right down Main Street from there, we stopped to visit Rob Robinson, (Rob and Margaret, right) who is recovering from knee surgery. You… 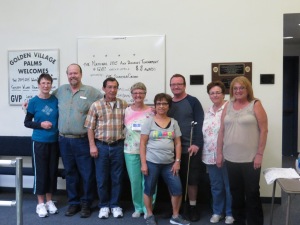 Although the AC overdid it a little, the competition was hot enough. Boards were fast and required little sprinkling. Several games were decided on the last shot. Notably, Lynda Goggin won 2 games that way. Yellow can be important!
Here in Hemet, 16 frame games take a very long time. 2 1/2 hours or more. As a result, on the second day the games were started early and still ran late. We will address this for next years games. Suggestions?
Congratulations to the winners. A National Pin can only be won once, and this year, Val McDougal and Phil Spencer are the winners!
More pictures at;  http://photopeach.com/album/jcluok 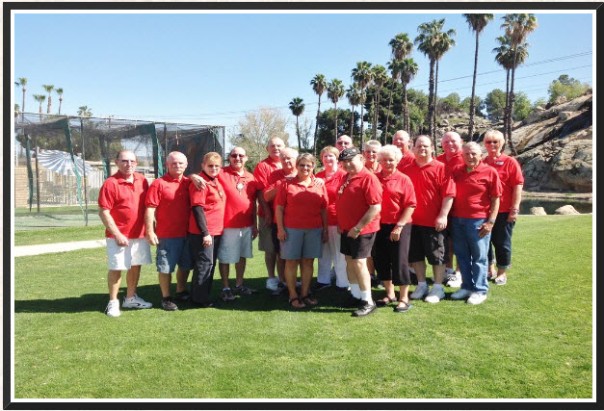 That’s Why They Call It A Classic! by Dean Grattidge – District Reporter

Hosted by District Seven Shuffleboard Association, five Hemet venues were on hand to showcase the 15th annual CSA Soboba Classic Open Tournament. Over 320 players; 20 teams of 16 people each put their skills on the line from March 23 to March 27 seeking those coveted trophies in this, the 2015 competition. These 12-frame games were played under CSA rules.

That’s Why They Call It A Classic!

Hosted by District Seven Shuffleboard Association, five Hemet venues were on hand to showcase the 15th annual CSA Soboba Classic Open Tournament. Over 320 players; 20 teams of 16 people each put their skills on the line from March 23 to March 27 seeking those coveted trophies in this, the 2015 competition. These 12-frame games were played under CSA rules.

Thanks to numerous sponsors who contributed to the success of this event. They were: Poly Glide Inc., Travelodge in West Hemet, Banquet Decoration, Banquet Café-DJ Catering, Hemet Donut Shop, The Bank of Hemet and The Soboba Band of Luiseno Indians, Scott Cozart, Chairman. Venue directors went to great lengths to assure the players that wholesome, tasty lunches were prepared and on time each day.

And these are the winners’ names, now etched into the timeless records of The Classic Soboba Shuffleboard Archives –